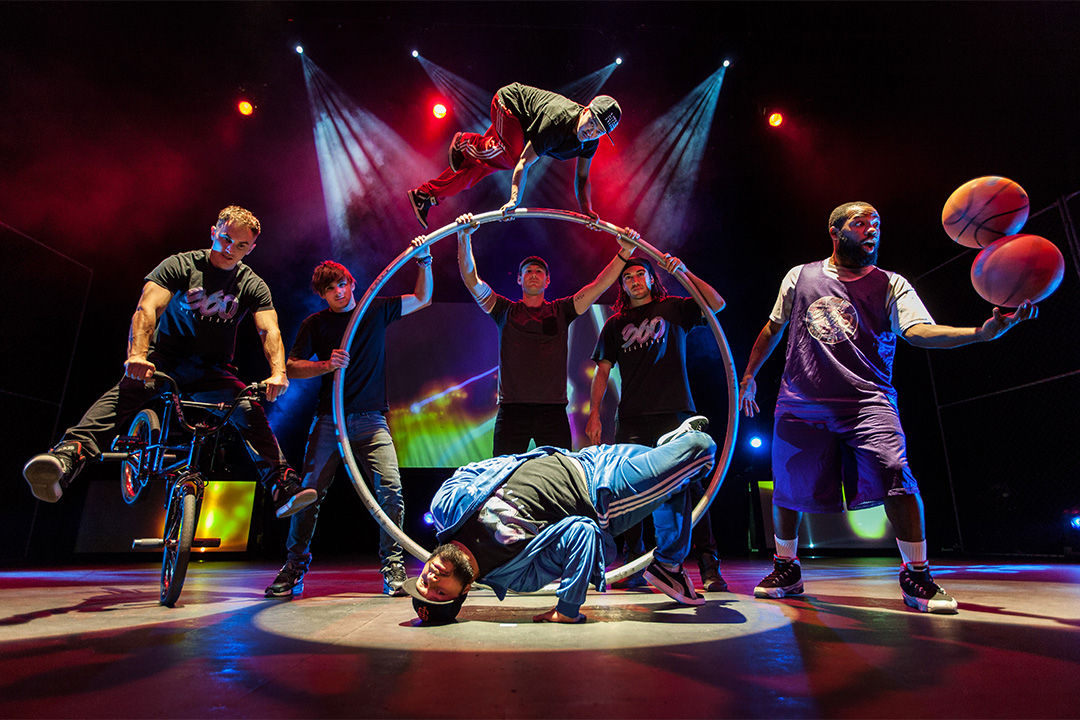 A phenomenal physical performance exploring all forms of rotation, 360 ALLSTARS connects the street with the elite to deliver a supercharged urban circus. Boasting a stellar cast of World Champion and World Record-holding artists and athletes, 360 ALLSTARS is a spectacular fusion of the extraordinary artistry that emerges from street culture.
Add to this a stunning live soundtrack delivered by award-winning musicians, coupled with spectacular video projections, 360 ALLSTARS is as aurally exciting as it is visually astounding.

A magnificent, colourful & astonishing expression of a generation that has reinvented the circus, 360 ALLSTARS is a revolutionary production that will leave you dizzy with excitement!

Don’t miss this chance to catch 360 ALLSTARS at Riverside as part of their 10-year anniversary World Tour.