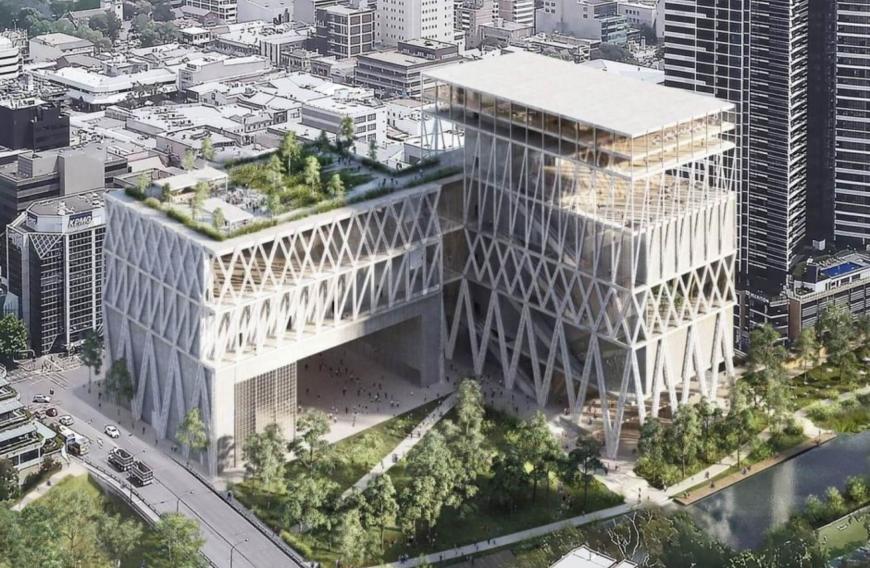 New Powerhouse Parramatta - have your say before 7 July 2020

The NSW Government’s Powerhouse Parramatta project looks to create the biggest museum in NSW. The proposal for a museum on the banks of the Parramatta River includes seven large exhibition spaces.

An Environmental Impact Statement (EIS) has been developed as part of the State Significant Development Application for the new Powerhouse in Parramatta.

The EIS assesses the expected construction and operational impacts of the project including the proposed protective measures to mitigate against potential environmental and social factors.

See the full EIS and provide feedback to the NSW Government here.

For more information and to see factsheets prepared by Infrastructure NSW INSW’s website.

Contact the Powerhouse Parramatta project team on 1800 679 121 or email powerhouse.parramatta@infrastructure.nsw.gov.au

City of Parramatta Lord Mayor Cr Andrew Wilson has welcomed the State Government’s commitment to establishing a new flagship Museum of Applied Arts and Sciences (MAAS) in the heart of Sydney’s Central City.

NSW Premier Gladys Berejiklian announced that the State’s largest museum will be built on the Parramatta riverbank. With 18,000 sqm of exhibition and public spaces, it will have a science and technology focus and include the largest planetarium in Australia.

This will be complemented by a dedicated play and learning space devoted to STEAM, children’s spaces, cafes, bars, retail, and event and function spaces.

The museum, which will open in 2023, will be an anchor for a new arts and cultural precinct in Parramatta, which will include revamped Riverside Theatres and a new pedestrian bridge across the river.

In 2017, the City of Parramatta Council and the NSW Government signed a Heads of Agreement (or contract) for Council’s Riverbank site and to create a new cultural precinct on the Parramatta River.

Under the Agreement, the NSW Government will pay Council $140 million for the Riverbank site, otherwise known to locals as the old David Jones carpark site.

Council used the agreement to leverage proceeds of its land sale to fund enhancements and upgrades to Riverside Theatres on the current theatre site.

Great cultural, education and other community benefits for locals and visitors

Council’s consultation to develop a Cultural Plan showed that attracting the Museum of Applied Arts and Sciences and growing Riverside Theatres were the communities’ two key cultural priorities.

A world class museum in Parramatta will be an important new focus for cultural and education development. Together, the Museum and the enhanced and enlarged Riverside Theatres will be first class educational resources for students as well as vibrant forums for local cultural industry development.

The cultural precinct is predicted to be both a local and an international tourist destination with the potential to draw up to one million visitors a year.

Modelling by Deloitte shows that by 2028 the new cultural precinct will grow the local economy by between $106 million and $422 million (NPV).

Riverside Theatres legacy will be protected

While Riverside is much loved, a number of studies have shown that the theatre is aged, lacks accessibility, has limits to its capacity to attract a full range of productions and requires improved facilities.

Through the Heads of Agreement, Council has set out a number of requirements that will ensure Riverside’s legacy continues including that:

Further, Council will retain ownership of the Riverside Theatres land.

To read more about the plans for Riverside Theatres download the Vision, Priorities and Design document.

Ratepayers will benefit as well

The Riverbank site is being sold for $140 million, which is in line with Council’s commercial valuations of the land.

Council acquired the site for around $40 million of cash and through a negotiated agreement with a developer. In the Heads of Agreement, Council has agreed that $100 million of the proceeds will be invested in the enhanced Riverside Theatres.

Council has agreed it will invest the remaining cash of $40 million to implement the Cultural Plan over the next 20 years.

Deloitte Review of Proposed Arrangements between COPC and NSW Government