The lands at Parramatta North were rezoned via a State Significant Sites process on 20 November 2015 by the Minister for Planning.

The rezoning resulted in amendments to the Parramatta Local Environmental Plan (LEP) 2011, including changes to the land use zoning, height, floor space ratio (FSR), key sites and biodiversity maps and addition of a design excellence clause.

Following the rezoning by the NSW Government, City of Parramatta Council is now the planning authority for the precinct.

UrbanGrowth NSW Development Corporation is the NSW Government agency responsible for the coordination of redevelopment and transformation of the precinct.

Matters relating to the future ownership and management of the site should be directed to UrbanGrowth NSW.

At its meeting on 10 July 2017, Council adopted an amendment to the Parramatta Development Control Plan (DCP) 2011, which inserts a precinct–specific DCP for the Parramatta North Urban Transformation (PNUT) Precinct.

The precinct–specific DCP came into effect on 10 August 2017.

A development application (ref DA/1124/2016) relating to a portion of the Parramatta North precinct is currently with Council for assessment.

This application is no longer under assessment, as it was withdrawn on 12 November 2018.

On 14 November 2017, the Australian Government included the Parramatta Female Factory and Institutions on the National Heritage List.

The relevant heritage listings are illustrated on the map below. 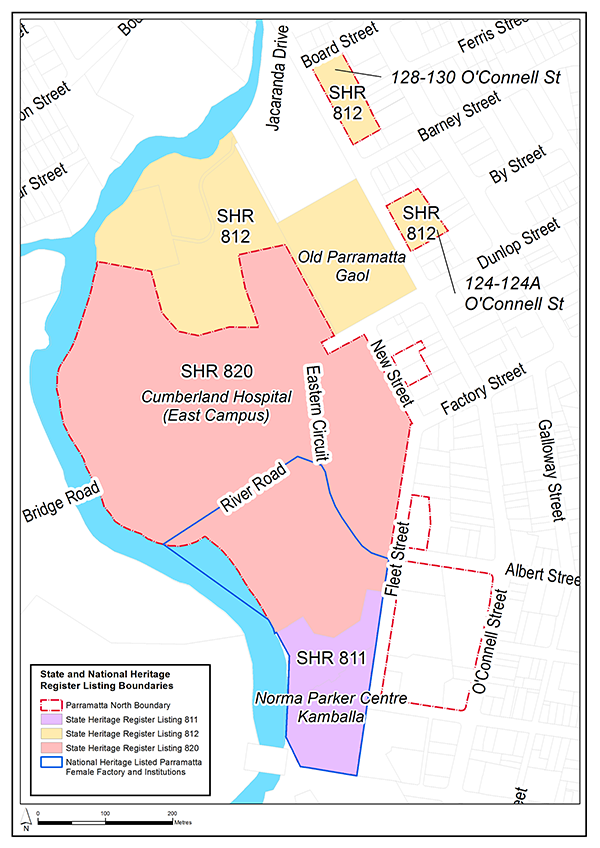 Find out more on the national listing

The Parramatta North Historic Sites Consolidated Conservation Management Plan (the PNHS CMP) was endorsed by the Heritage Council of NSW on 7 April 2017.

The purpose of the PNHS CMP is to assist current and future owners, managers and other site users with the ongoing management of the heritage values of the precinct.

All future development for the precinct will be required to comply with the principles, policies and guidelines contained in the PNHS CMP.

Parramatta North is identified a growth precinct in Council’s Local Strategic Planning Statement and Local Housing Strategy, which includes housing and employment growth targets to year 2036 for the area shown in orange.

On 12 November 2018, the State Government announced a master-planning process for this precinct, which is intended to accommodate a new university campus, affordable housing and contribute to the Westmead Health and Innovation District.

It is anticipated a draft masterplan will be subject to further assessment in late 2020/early 2021. Significant investigation into appropriate land uses is still required. 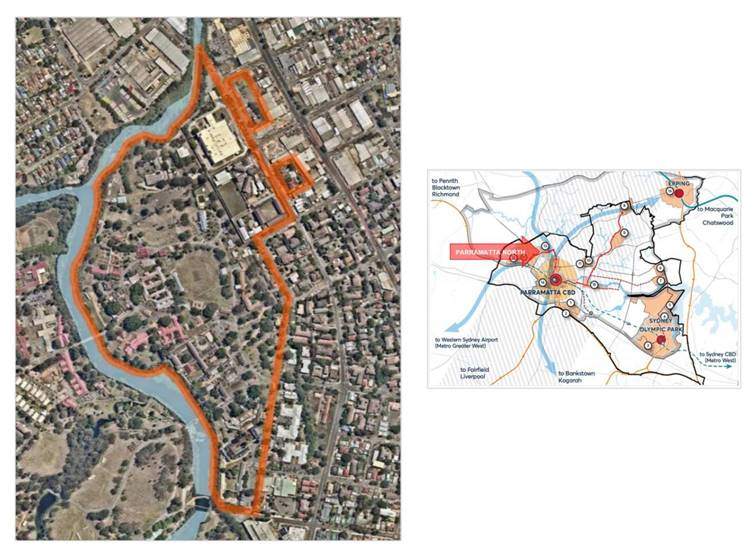 If you have any questions about strategic planning matters at Parramatta North, you can contact our Land Use Planning team on 02 9806 5050.

If you have any questions about the development application, you can contact our Development Assessment team on 02 9806 5050.